A Guide to Ducted Air Conditioning

Air conditioning units, whether ducted or ductless, make use of a liquid called a refrigerant. A refrigerant is a liquid with a low boiling point, which can be used to remove heat from one location to another. An air conditioning unit works by removing air from a room and fanning it over a refrigerant, which will absorb heat from the air. The cooled air will then be fanned back into the room. After absorbing a certain amount of heat, the refrigerant will evaporate and become a gas which is then pumped into a different section of the unit, located outside of the building. The heat is dispersed outside and the refrigerant cools, becoming a liquid again and allowing it to be reused. 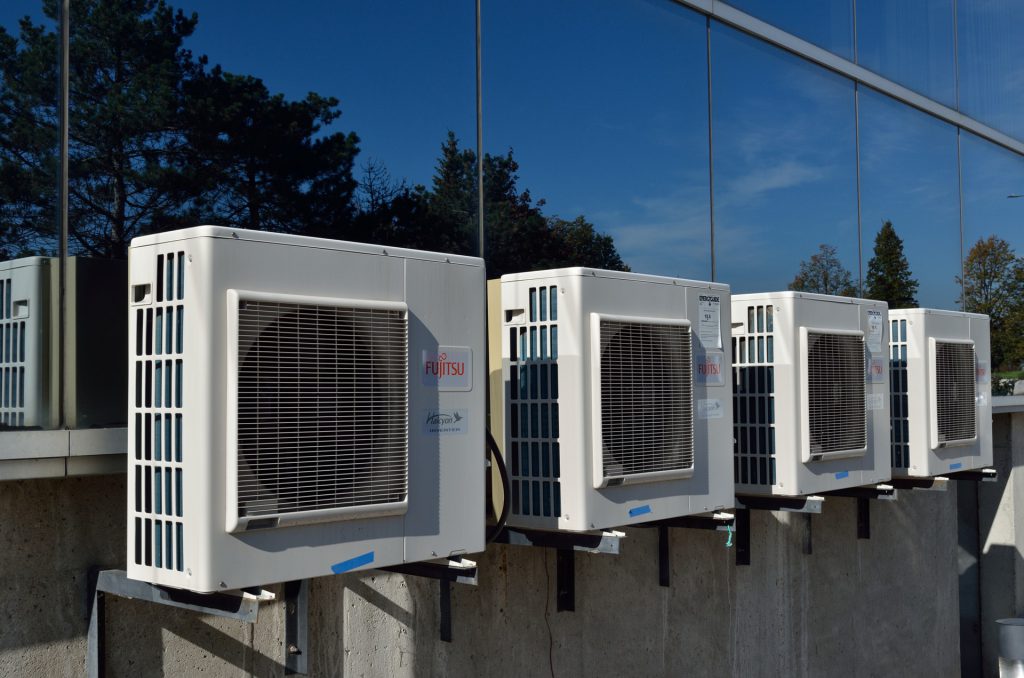 The Advantages of a Ducted System

When choosing an air conditioning system, there are three important factors to consider:

In terms of cost, both the price of the installation and the ongoing running costs must be considered. In many buildings, it will be cheaper to install a ducted system than it would be to install separate units for every single room. The single central unit will also provide greater energy efficiency than a number of smaller units, leading to lower running costs.

As a ductless system requires every room to have its own air conditioning unit, each room will have to put up with a certain amount of noise. While a ducted system also requires a noisy unit, it is in practice a very quietly running system, as each room only needs to be connected to the unit by an air duct. The unit itself can be placed away from occupied rooms, where its noise won’t bother anyone.

A ducted system will also have a smaller impact on the appearance of a building. This is because the air ducts are quite unobtrusive, and the single air conditioning unit can be stored out of sight, rather than it being necessary to have one visible in every room.

Having considered the impact on cost, noise and appearance, there are a few other advantages to mention:

At Airedale Cooling we supply and install ducted air conditioning throughout Bradford and other areas of West Yorkshire including York and Halifax. Whether you require a system to provide conditioning in one room or in several others as well, all our installations encourage optimum performance. So, don’t hesitate to contact our expert team at Airedale Cooling today for further information about any of our services, or to learn more about how your building can benefit from purified air.